Clive Barker | The Damnation Game | The Leisure Circle | 1985 | Club edition in jacket. Paper of book has become tanned. Pale areas of jacket are becoming discoloured, including a largish patch in a blank area of the upper corner of the back cover. | £15.00

Alexander Baron | From the City, from the Plough | Jonathan Cape | 1948 | Fourth impression in year of first publication. At first glance, a good to very good copy, lacking its dustjacket. But closer inspection reveals the traces of removed labels on the front & back pastedowns & a small light splash mark in the lower margin of the first page of text. The edges of the cover are rubbed, & the outer edges of the pageblock are foxed. | £30.00

Richard Brautigan | In Watermelon Sugar | Jonathan Cape | 1970 | 0224618504 Proof copy. Unclipped dust jacket over card covers. Blurb on square of white paper pasted to front cover of book. Jacket is taller than cover underneath, & worn at edges with some loss around spine. Front cover of jacket is creased, & there is a fainter crease on card cover underneath & opening pages of proof. Back flap of jacket is marked PROOF ONLY & has a provisional publication date printed on it. A different publication date is rubber stamped on the flap. A significant copy of this beloved book. | £50.00

Anthony Burgess | Beard’s Roman Women | Hutchinson | 1977 | spine of unclipped jacket is a little sunned, there are a couple of closed tears & some creasing to the upper edge of the back cover, & the back flap is creased; the outer edge of the pageblock is foxed -First edition 091284007 | £10.00 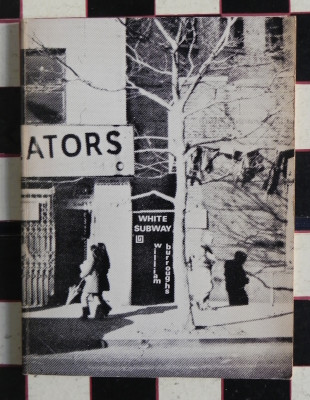 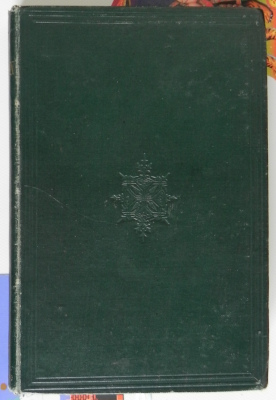 Samuel Butler [published anonymously] | Erewhon, or Over the Range | Trübner & Co | 1872 | Third edition. A handsome copy, with minor external wear, & a little scrape to the rear pastedown. A later prospectus for the Cape edition of Butler’s works is loosely inserted. | £75.00

Robin Cook, writing as Derek Raymond | He Died with His Eyes Open | Alison Press | 1984 | 1st edition hardback in unclipped jacket – the book still looks good, but there are faint label traces on the front cover, & the outer edge of the front flap is creased, with a closed tear down about the first quarter of the crease; the paper is inevitably tanned with age & foxed on the upper edge | £200.00

James Gould Cozzens | Michael Scarlett | Robert Holden | 1927 | First UK edition in unclipped jacket. There is a little loss to the top of the jacket’s spine, & a short closed tear at the top of the fold of the spine/front cover. The red boards underneath have become rather mottled. There is a little wear to the front hinge, but the binding remains firm. Altogether, a handsome copy. | £75.00

Francis Durbridge | The Case of the Twisted Scarf | Dodd, Mead | 1961 | U.S. 1st edition in jacket. The front cover design of the jacket looks very impressive indeed, but the spine is rather worn with light blotchy marking, & the front flap is priceclipped. The binding underneath is bright, with a little wear at the edges. Overall, a handsome copy. | £75.00

Hal Ellson | Reefer Boy | Neville Spearman | 1955 | 1st edition. Hardback in jacket. Front cover looks great, plain back cover has been exposed to damp at some time, & is noticeably crinkled, although there is no problem with the book’s cover beneath it. | £50.00

Knut Hamsun | Mothwise | Gyldendal | n.d. | some wear to cover, most evident on spine, name on ffep, light offset from illustrations in book | £30.00

Aldous Huxley | Those Barren Leaves | Chatto & Windus | 1925 | First edition in jacket, extra spine label at back of book. Edge of pageblock foxed. Pale jacket is worn & marked, with a crumpled tear at the bottom of the fold of back cover/back flap. | £50.00

Jack Kerouac, Allen Ginsberg [reader] | Mexico City Blues (242 Choruses) | Shambhala | 1996 | Kerouac’s text read by Ginsberg. Two cassettes in rather worn slipcase. Tapes appear to be in mint condition, but have not been tested by me. | £20.00

Gerald Nicosia | Memory Babe | Grove Press | 1983 | first printing in unclipped jacket; some wear to edges of jacket, most evident at the extremities of the spine; top edge of pageblock foxed | £20.00

Isidore Ducasse, Comte de Lautreamont; Alexis Lykiard [tr.] | Lautreamont’s Maldoror | Allison & Busby | 1970 | 0850310210 First edition of Lykiard’s translation. Dust jacket is price clipped, lightly sunned on spine & edge. There are a couple of closed tears to the upper edge of the back cover of the jacket, & the top edge of the jacket has been inconspicuously reinforced with clear tape on its reverse side. There is a faint trace of a small label on the front endpaper. The outer edge of the page block, & the pages at its extremities, are foxed. NB. The colours of the jacket are considerably paler than they appear in my photo. | £100.00

Pierre Louys, M. S. Goneid [tr.] | Aphrodite | No imprint | 1948 | Pale card cover is worn & marked, with a long split down the lower quarter of the crease of the back cover/spine. Name on ffep, little portion, corresponding to the edge of a thumbnail, missing from top margin of ffep. | £20.00

Henry Miller | Black Spring | Obelisk Press | 1938 | Second Edition. Printing of October 1938. Price has been obscured on front flap & back cover, & replaced by an updated publisher’s price stamped on back page. | £40.00

Henry Miller | Gallery One: Henry Miller Water Colours. Reopening exhibition 1st March-24th March 1956. | Gallery One | 1956 | Folded sheet with an introductory note (presumably by Victor Musgrave), a list of the 17 paintings by Miller shown in the front room, & a further list of the 11 paintings by other artists shown in the rear room (including the young Gillian Ayres). A further sheet reprints an article from the Times of March 12 1956: “The Novelist as Painter: Further Episode in Gallery One”. The front of the main sheet is marked, with a little tea splash on one upper corner & a paint or ink mark beside the title. A row of numbers (prices in guineas?) has been lightly written alongside the list of Miller’s watercolours. The Times offprint has old light crease marks from being folded into quarters at some time, & the exposed edges are somewhat worn. | £50.00

Alfred Perles | My Friend Henry Miller | Neville Spearman | 1955 | at first glance, a very good hardback in unclipped jacket – but the book shows traces of being pored over & lived with: there are a few pencil markings in the margin, what look like light cigarette singe marks in the top corner of a couple of pages, a light splash at the edge of one page of the bibliography | £30.00

Michael Moorcock | Stormbringer | Herbert Jenkins | 1965 | first edition in unclipped jacket; lamination has been applied to an already worn jacket, with short tears & loss at the edges, most seriously at the top & bottom of the spine; the boards are bumped at the lower front corner of the spine; the outer edge of the pageblock is foxed & dustmarked; the text pages are unmarked, but this is a worn & very obviously secondhand copy – First edition | £50.00

Cothburn O’Neal | The Gods of our Time | Anthony Gibbs & Phillips | 1962 | UK first edition – unclipped jacket looks impressive, despite some wear to edge; spine is scuffed, with a little loss to one corner; predominantly white back cover is rather marked & worn; outer edge of pageblock is dusty & foxed; old price or stock reference number in ink on ffep – First edition | £10.00

Iain Sinclair | The Kodak Mantra Diaries | Albion Village Press | 1971 | There is a distinct wobble to the profile of this tall thin ringbound publication. The outer edge of the front cover is marked, & there is some wear to the edge, most evidently at the corners. Still an impressive artefact. No problem with text pages. | £60.00

Upton Sinclair | The Jungle | Vanguard Press | 1927 | No jacket, cover lightly marked. Upper edge of cover rather worn, some loss at very top of spine. Narrow portion of outer edge of p.285 creased, probably a production fault rather than later damage, does not affect text area. | £30.00

William Carlos Williams | The Build-up | Macgibbon & Kee | 1969 | First UK edition in unclipped jacket. A handsome copy, with a couple of rather unsightly clusters of foxing on outer edge of pageblock. | £30.00

Cornell Woolrich (as William Irish): I Wouldn’t be in Your Shoes. Hutchinson, nd (1946). Contents: I Wouldn’t be in Your Shoes; Last Night; Three o’Clock; Nightmare; & Papa Benjamin. No dustjacket, cover lightly worn, most evidently on spine & at lower corner of spine/front cover, where cloth is a little frayed, very light trace of erased pencil writing (a signature or similar) on ffep. £50.00

Cornell Woolrich, Ellery Queen [intr.] | The Ten Faces of Cornell Woolrich | Boardman | 1966 | UK 1st. Hardback in jacket. Price has been crossed out in ink on front flap of jacket. White background of jacket is foxed, as are endpapers. The logo on the spine of the book is rather faded. | £20.00